It has come to my attention that some of these ideas and concepts surrounding gender equality and gender roles need to be clarified. Defined. In chatting with a few of my sounding board people recently, I realised that there are a lot of people who don’t understand. What is the difference between one and the other? I’ve put together some thoughts for you, hopefully to lend clarity to your own thoughts so that you can figure out what you really believe is right. Of course, I will tell you from the outset that I am fully egalitarian, and I’m going to give you some reasons why I don’t compromise from that place.

Egalitarian: believing in or based on the principle that all people are equal and deserve equal rights and opportunities.

Christian egalitarians hold that male and female are not only fully saved and equal in Christ but also fully utilisable by God. God does not place people into roles, leadership, or ministry based on gender but on gifting, skill, and individuality. Christian egalitarians hold that God does not discriminate people into gender roles within marriage, either, that male and female are fully equal in marital compatibility as well as in the wider church.

Complementarian: believing in or based on the principle that people hold basic human rights (water, sanitation, free from abuse) but that male and female serve different and complementary purposes.

Christian complementarians begin by examining Adam and Eve, where female was created as Ezer to Adam. The Hebrew word Ezer is often translated into English to mean helper, help meet, or suitable help. The theology follows that female is therefore a supporting gender to male.

Complementarianism is sometimes called a gender hierarchy, or a gender caste system. You are born into it by nature of your gender determined at birth, and you can never escape.

Hard complementarians take the stance that God created female to be wholly complementary to the male. That is, female was created to be supporting, enhancing, and emphasising to the male’s skills, leadership, and purpose. Male leads; female follows. Male initiates; female obeys and supports. Male protects, guards, and champions; female defers to male’s authority and protection. Hard complementarians extend these God-given gender roles to all areas of life, within marriage, within the wider church, and within social interaction.

Soft complementarians take the stance that God created female to be complementary to male within marriage and family. To elaborate, female was created to be supporting, enhancing, and emphasising to the male’s skills, leadership, and purpose as an expression of her role of submission to a husband or father, but not extending this premise to all areas of life. Female defers to male husband or male familial protector, such as father, brother, guardian or pastor, but does not necessarily defer to male authority by virtue of gender alone in contexts such as the workplace, pastoral leadership, or platonic friendships. Female supports and complements male when her relationship to male is deemed to mirror the bride church’s relationship to Christ. Female defers to male’s authority when it is considered their example to the wider world is a parallel of Jesus’ authority over the church, both in giving his life to redeem her and in authority or command over her.

Hard complementarianism is very easy to recognise for what it is: religiously justified chauvinism. Hard complementarian theology places male at the top of the pyramid by virtue of nothing greater or more qualifying than the presence of a penis rather than a vagina, and as such, it is easy to see how religion and personal faith is being used to try to make the oppression of one gender by another appear acceptable.

The chauvinism inherent in soft complementarianism is far more insidious. It is subtle but still harmful. It appears more socially acceptable while limiting gender oppression to the private sector.

Soft complementarianism encourages women to express their God-given skills within the church as well as the community, for the benefit of the body, so long as male takes precedence and authority in all things. It argues that differences in authority do not equate to differences in value of being, that authority does not denote greater value. That Jesus’ submission to God to the point of death did not strip him of his divinity or equality with God. That the role order of God over Jesus, of Jesus over the church, of male over female, does not amount to hierarchy but relationship.

This is what I call Benevolent Sexism. BS for short. (Pun intended.) I find soft complementarian BS to be especially dangerous.

Bear in mind that the spectrum ranges from one extreme to the other. I have laid out egalitarianism and hard complementarianism, with soft complementarianism as falling between the first two. In practicality, between hard and soft comp practice, there is a broad variety of how Christians play out gender roles. Some churches incorporate female leadership but won’t name a woman as pastor. Some churches won’t allow a woman to sing or pray aloud in front of men. Some churches limit women to children’s and women’s ministries but don’t incorporate women into decision-making leadership.

Follow on in the next article for a bit more insight as to why I reject all but egalitarian practice.

Jean is a pickle. She's currently learning how to swear casually and meditate seriously, loves to self medicate with coffee, gin, books, and plants. You can visit her at StainingTheGlass.wordpress.com as well as finding some of her articles at TheBrokenCurse.com. View all posts by jeankamps 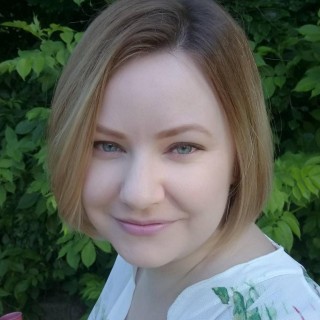 Jean is a pickle. She's currently learning how to swear casually and meditate seriously, loves to self medicate with coffee, gin, books, and plants. You can visit her at StainingTheGlass.wordpress.com as well as finding some of her articles at TheBrokenCurse.com.